This one is a throwback but also not!

Dom's been on a quest the last number of years to dig more stuff out of the 'dungeon' from his collection of pressings and DAT tapes that may have never seen the light of day. Finding things from the greats like Dillinja etc... but there are also some bits of his own material lost in the archives! Being a big part of drum & bass production and the tech step sound, Dom & Roland put out some quite hard but immensely popular tunes especially around the late 90s. One of the bigger ones was "Can't Punish Me". Released on Moving Shadow in 2000 it has a catchy melodic riff and a huge growling bassline and amen tear-out that is a great representation of a certain sound of the time.. This one will take anyone who was around back then to memories of it being played at peak time in large parties. I immediately have a sensation recalling large events in Toronto with huge soundsystems and this filling every of inch of air in the room. The big breakdown and bassline basically was a quintessential sound that featured in all the large party sets of the time (along with any of the other megahits of the time from all the usual big techy suspects) from '98-'01. 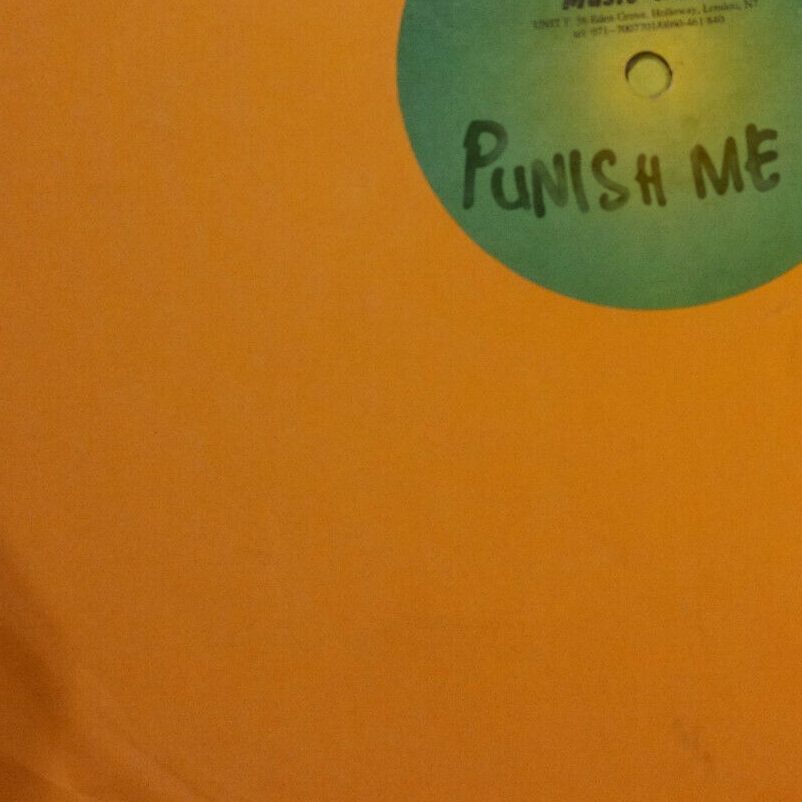 The flip of this is where things get fresher - a 'new' unreleased version of the tune! The dubplate culture of pressing one-off or limited copy acetates to test brand new material in clubs and raves defined the scene in the 90s and beyond. The competition to have the freshest beats out there meant as soon as an idea was playable (and sometimes just barely), getting a copy pressed and into the hands of a major dj was the next essential step. Dom has released an earlier version of Can't Punish Me from 1998. It features some different sounds and arrangements. I still prefer the refined, fuller sound of the eventual official release but it's neat to hear what is basically a remix of a tune that is known as a classic now. Check it out and pick it up from Dom's bandcamp:

A related sidenote is Dom's recent foray into memorabilia! Probably at the same as digging up lost dubplates, he found a large collection of old session 'floppy disks' of many, many productions from back in the day. With a number of popular classic tracks, Can't Punish Me included, the disks represent the sort of raw, laborious times that were a golden era of creativity for many producers. Packaged up in a frame as a collectible there were a ton of DNB heads ready to pick up the unique items. Hats of to Dom for thinking of the idea. I'm sure we'll see some other legendary producers digging up other collectibles of the culture soon enough.

Lost In The Moment #

This post isn't just about throwing it back to an old Dom & Roland classic though. This is a guy who has continued to evolve and push his sound farther, drawing on experience and technical capabilities that have grown. Really pushing the state of the art and perfecting all aspects of his style on 2016's album for Metalheadz, Dom's put a new album together "Lost In The Moment" that features more strong tracks but also some more stripped down/slower tempo beat creations - all with the same crisp/well-rounded production. So when you're ready to come back from Can't Punish Me memory lane, check it out also.

And yes, I made a fake Punish Me dubplate pic for fun for this post - not sure there's a pic anywhere of the actual one! 😉